So, you have found yourself a great hotel to stay at in Liverpool, what’s next?

Luckily for you, Liverpool is home to some of the top attractions in the UK, not to mention the North West of England and remains a place full of life and adventure for the curious among us. 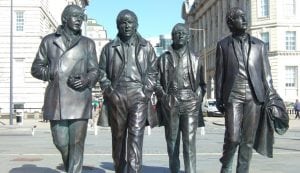 Any Beatles fan worth their salt would be heading straight for this venue. In fact, if you know even one Beatles song; The Beatles story is well worth a visit. This exhibition was voted one of the top 5 best family friendly experiences (in the UK & Ireland September 2020) With a host of exhibits and interactive experiences, you can immerse yourself fully in the rock & roll era of the 60’s and with an audio guide available in 12 languages, you won’t miss a thing. There are lots of Beatles inspired attractions in Liverpool, if you are a big fan, booking a full tour is a good bet.

And this brings us to the next one on our list…

The Cavern Club saw not only the birth and the rise of The Beatles but several other stars including Cilla Black and Gerry & The Pacemakers (think ferry across the Mersey!) The number of music greats who have played at the club over the years doesn’t stop there. The Hollies, Queen, The Rolling Stones, Stevie Wonder, Ben E King, Rod Stewart, Status Quo, Chuck Berry, Elton John, to name a few have all appeared on stage there. If you are a music lover you will have no problem fitting in here and if you get thirsty, a visit to the friendly Cavern Pub nearby is on the cards too.

Pier head is located at the riverside in the City and is the site of a monument dedicated to the Heroes of the Marine Engine Room which was erected in 1916 to commemorate 32 engineers who lost their lives when the Titanic sank in 1912. Aside from this, Pier Head is one of the locations where the “ferry across the Mersey” departs for its iconic journey. Tickets and sailings are available for tourists daily.

If you fancy a break away from the fun-loving atmosphere of bustling Liverpool, then Croxteth Hall should be right up your street. This Nature Reserve and Country Park Estate is home to a working farm and 500 acres of land for you to relax and recharge in. There is also a Café and a gift shop onsite if you want to get lunch or buy a couple of souvenirs.

Birkenhead Park, otherwise known as “The Park for The People” was opened in 1847 and was the inspiration behind New York’s Central Park. Step through the grand entrance, have a pleasant walk over The Swift Bridge and stand on top of The Pavilion, also known as The Roman Boathouse. The park itself is location for several listed buildings, children’s play areas, woodland walks and sport facilities.

The Pier Master’s House – No. 9 Albert Parade is a time-warp building which was originally built in 1852 for the Pier Master and his family to live in. The building is now part of The Museum of Liverpool and showcases exactly what it was like to live in a period house complete with 1940’s style wartime interior. This house remains a very popular attraction with tourists and with free entry, you’ve nothing to lose.

If you believe in ghosts or love all things spooky, Liverpool is host to a few ghost tours in and around the city at night. If this is your bag, then you will be in ghoul heaven as you make your way around the sights. The aptly named Shiverpool – True Spirits of the City is heady mix of live street theatre and performing arts and if you want to top it off, a spooky bus tour is popular with visitors and locals alike. 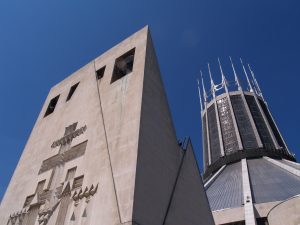 Fans of folk music & sea shanties must’ve heard the infamous line from In My Liverpool Home, “If you want a cathedral, we’ve got one to spare…” but even if you aren’t particularly religious, this Roman Catholic Cathedral is a spectacular sight and is the largest Cathedral in the UK, making it the 5th largest in Europe. This impressive building, known locally as “Paddy’s Wigwam” was voted in the top 10% of Trip Advisors Top Visitor Attractions (Worldwide) Just walking by and taking in the pure size of this building is a truly breath-taking experience and there’s a nice little café at the right of the steps. If you also visit the Museum of Liverpool, you’ll see a model of the magnificent Lutyens design – the final build was quite different but equally magnificent. 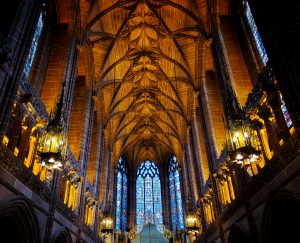 Connected to the Metropolitan Cathedral by the wonderfully named Hope Street lies the Anglican Cathedral (Cathedral Church of Christ in Liverpool). The cathedral is based on a design by Giles Gilbert Scott and was constructed between 1904 and 1978. Frequently playing host to art installations, it is of course, like its counterpart on the other end of Hope Street, a functioning place of Worship with its own congregation. Visitors & tourists are always welcome and regardless of your faith, its magnificent architecture makes it well worth a visit.

Would any trip be complete without a visit to the zoo? Whether you are planning a trip alone or bringing the family along, Chester Zoo might just be the thing you need to let loose and have some carefree and good old-fashioned fun. Take your pick on what you would like to see, as there are over 27,000 different species – including elephants; set in acres of beautiful gardens. Chester Zoo is one of the largest zoos in the UK with seasonal events and plenty food and drink venues.

Combining coast and creativity, the only place you will see 100 life size, solid cast iron figures spread out along the coastline, looking out to sea is in Crosby Beach. “Another Place” is a series of sculptures created by Anthony Gormley, based on casts from the artist’s own body. Described hauntingly as “gazing out to sea and staring at the horizon in silent expectation”  You could easily lose a day here as you explore the beach and settle down to watch the sunset along with the statues. 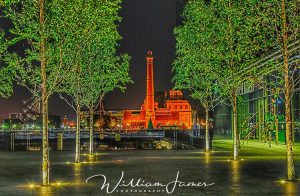 So, there we have it, a list of some of the top attractions you can visit in and around Liverpool and you only need to walk as far as the next corner to find somewhere to eat, drink or rest. As one of the most diverse, characteristic, crammed with history and vibrant places in the UK, this list is by no-means exhaustive and visiting one attraction might very well lead you straight into another within the cultural rabbit hole that is Liverpool.